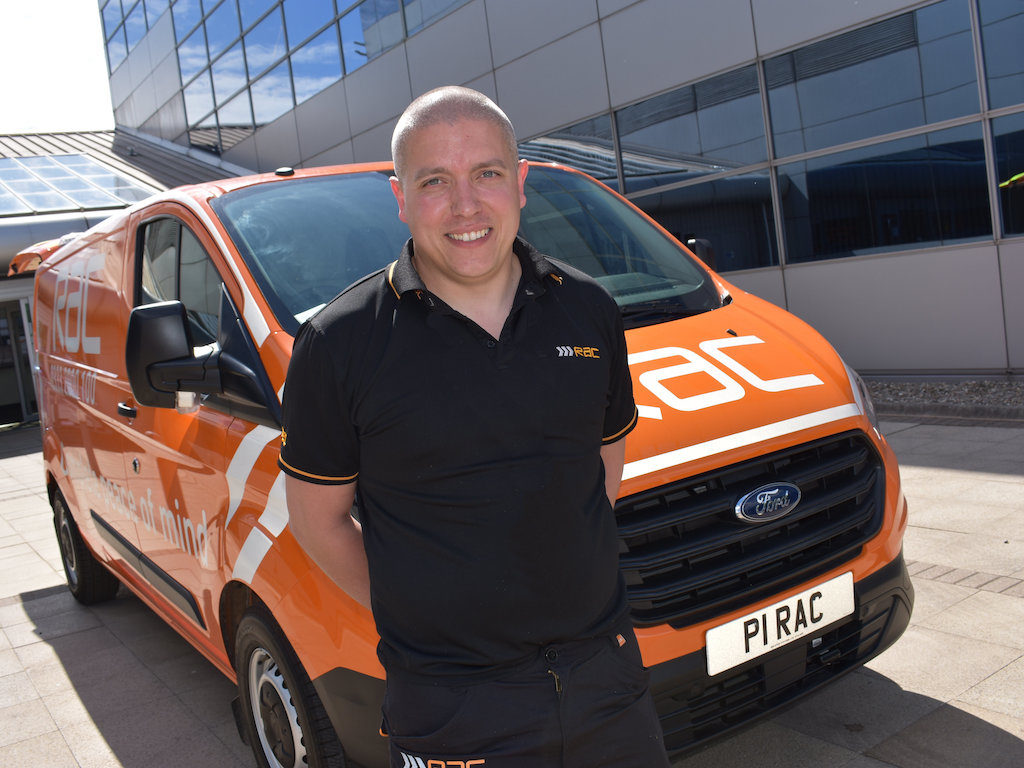 Not content with being awarded the title of Patrol Ambassador of the Year 2019, Manchester-based RAC patrol Ben Aldous now has another challenge in his sights – to prove just how efficiently a fully laden Ford Transit Custom patrol van can be driven on a typical weekday.

Ben will be competing in the Fleet World WLTP Challenge, which takes place this Thursday 10 October and will see dozens of drivers completing a round trip of some 250 miles between Bristol and the RAC’s operational centre in Walsall, with the aim of demonstrating just how economically modern vehicles can be driven in the UK.

The successor to the popular MPG Marathon that ran for more than 15 years, this year’s event represents an even bigger challenge as participants aim to beat the ‘real-world’ fuel economy figures quoted by manufacturers following the switch to the Worldwide harmonised Light Vehicle Test Procedure (WLTP), which applied to all new vehicles sold from September 2019, bar run-out models.

For the RAC’s Ben Aldous, hitting or even beating the advertised economy figures for his van is only part of the story: there is also personal pride at stake as he attempts to emulate four previous top RAC patrols who have all recorded impressive overall miles-to-the-gallon figures – peaking at 47mpg in 2015.

Ben said: “A large part of my day is spent driving to fix members’ vehicles so I’m constantly keeping an eye on the fuel gauge so I can plan a stop to top up with diesel at the best time.

“That won’t be the case on Thursday, when I’ll be aiming to maximise my Transit’s MPG on the challenge, despite it being fully loaded with all my 500 parts and tools. And, while I’d love to beat the official quoted economy figures, pulling off a better overall MPG than my fellow patrols have done in previous years is probably just as important to me!

“Since I signed up for the event, I’ve been monitoring my driving to see how to get more economy out of the Transit’s engine. This has quickly shown me that even seemingly small changes like not braking late and accelerating smoothly have a huge impact on the van’s overall MPG. So I’m very much looking forward to what’s possible on the day, and hopefully the experience will give me some tips that I can bring to the driving I do for the RAC every day.”

Ben’s participation in the event will also complement the RAC’s publication of a detailed guide to saving fuel, in partnership with the Energy Savings Trust – see www.rac.co.uk/drive/advice/how-to/fuel-saving-tips.

Commenting on the WLTP Challenge, RAC business roadside managing director Phil Ryan said: “It is always an eye-opener in terms of what our patrols can squeeze out of their patrol vans’ engines in terms of sheer miles on one tank.

“We spend millions of pounds on fuel every year to keep our fleet of patrol vans and recovery vehicles on the road, so it’s vital we stay close to what manufacturers are doing to improve the efficiency of their vehicles. At the same time, we recognise that the work we do does have an impact on the environment which is why we are constantly refreshing our fleet and looking at how new technologies, hybrid and battery electric included, can increasingly play an important role in the vehicles that make up our fleet. It’s also why our patrols’ ability to fix four-out-of-five vehicles at the roadside is so important, as more cars fixed in situ means fewer miles spent towing.

“And of course, by reducing our emissions and boosting the fuel efficiency of our vehicles we’re also saving our business money. Clearly, our patrols, who between themselves cover hundreds of thousands of miles every year, have a big responsibility here, so it will be exciting to see just what Ben can pull off at this year’s WLTP Challenge.”

Tweets by WLTP Challenge
Back to top